The 2023 FoTF Committee is Open for Nominations!

With the proposed restructure and incorporation of the Festival of the Fleeces (FoTF) committee, we are seeking expressions of interest for committee members and the election of office bearers at an annual general meeting (AGM).

The meeting will be held on the 9th August at 6pm at the Merriwa RSL (in Squatters Corner). The current working group and committee would appreciate as many people as possible at the AGM.

The AGM is being called by the Chairman, Ron Campbell, in August in order to give the newly formed, independent committee maximum time to plan and progress next year’s festival.

Each year this event generates much needed funds for the Westpac Rescue Helicopter and the Merriwa and District Volunteer Rescue Squads. The festival is an event that the whole community can become involved in and enjoy.

Originally held at the historical Brindley Park wool shed, the Festival is now held in the Main Street of Merriwa. Starting no the Friday night – when an opening night celebration is held, the festival runs through to Sunday morning where we invite you to attend our Bush Poets Breakfast.

The festival is held on the June long weekend with the main festival and the famous Running of the Sheep parade being held on the Saturday. With over 100 market variety stalls and a series of events that showcase “life on the land”, the festival is a not-to-be-missed event.

The Merriwa Festival of the FLEECES is a not for profit event run by community volunteers and supported by the Upper Hunter Shire Council.

When: June long weekend
Running of the sheep:
Saturday 11th June (at noon)
Where: Golden Highway,  Merriwa & Merriwa Showground
(Please Note: While COVID lockdown may feel like a “thing of the past”, the festival organisers are aware that things can change at any time. Please check our website regularly to see if there are any changes to the event due to COVID. 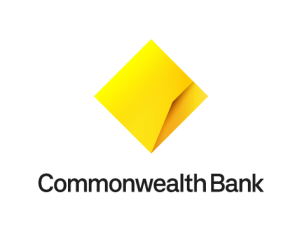 We would like to extend our thanks to our newest sponsor, Commonwealth Bank who is supporting our opening night (Friday 10th June, Merriwa RSL).